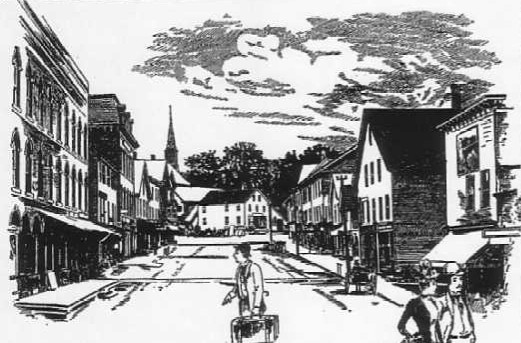 The Dexter Historical Society is the inspired offspring that resulted from some Civil War letters in an attic being read by local teacher, Frank E. Spizuoco on July 4, 1962. Not long after that initial reading, Frank told others about what he read and soon, they were telling him of other materials of interest. He began collecting even more items as his passion for local history grew. Believing that it would be a great learning experience for students at school, Frank suggested to a senior class that they consider displaying his collection of historical items the following spring as a class project. They enthusiastically agreed. Reed’s Clothing Store on Main Street offered their location for the exhibit and it was received so well that the Dexter Jaycees sponsored more at other locations through 1965. Thanks to the coverage that the Eastern Gazette was providing, and for interest in creating a wider historical collection, many more donations started coming in. The seed was planted.

Back
Join The Chamber

Thank you to our Corporate Supporters!